Kilkenny City is Ireland’s medieval capital, steeped in heritage, culture and the home to master crafts and brewing. In fact, so famous is Kilkenny as a master brewing destination that Lonely Planet listed the Smithwick’s Experience as one of the ‘Top 26 Hottest Attractions’ to visit in 2015!

But Kilkenny also has a lot more going for it….besides being home to one of the oldest castle’s in Ireland and some pretty darn good beer, that is. Below we look at 12 reasons why Kilkenny might just be the best little city in Ireland.

For more unique places to visit and things to do in Ireland you can read my sister blog, Journalist On The Run.

Kilkenny is famous for it’s incredible shopping, with tourists flocking there in their droves. Think tiny boutiques where you can find anything from a hand-knitted scarf to your perfect wedding dress. Think of shopping centres full of high street fashion to small design centers featuring many of Ireland’s top designers. Be it high-end fashion, hand-made crafts.

Kilkenny’s vibrancy can be experienced through it’s year round colourful calendar of world-renowned festivals such as the ‘Cat Laughs Comedy Festival’, the ‘Kilkenny Arts Festival’ and ‘Kilkenny Roots Festival’. Kilkenny’s intimate size and wonderfully atmospheric venue make it a truly magical location for these brilliant festivals. From horse-racing to conker festivals, even the smaller events throughout the year are enough to put a smile on anyone’s face.

Kilkenny, better known as ‘The Cats’, are the best hurling team in Ireland. Fact. Masters of ‘the world’s fastest ball sport’, they have won the ‘All-Ireland Senior Hurling Championship’ no less than thirty-five times. Drive down any street in Kilkenny and you will see the Kilkenny colours proudly posted, painted, displayed on nearly all shop fronts. This is one proud county. As it should be.

Kilkenny is probably best known, especially by those from abroad, for producing some of Ireland’s finest beers. Kilkenny is home to both Kilkenny and Smithwicks (which are now owned and brewed by Diageo) and is also home to locally brewed O’ Hara’s Beer (okay, okay this is actually made in Carlow but it’s only 20km’s away and there is a pub in Kilkenny by the same name!) Kilkenny is definitely way up there when it comes to Ireland’s best pints and Ireland’s best beer!

If touring a 1,000 years old castle is your cup of tea, then Kilkenny is the place for you!. Built in 1195 by William Marshal, the 1st Earl of Pembroke, to control the area surrounding Kilkenny along the River Nore, Kilkenny Castle is the city’s most dominant, and magnificent, building. What makes the castle even better is that it actually belong to the people of Kilkenny, every last one of them, having been handed over by the Butler Family in 1967 for the token sum of f £50! Who would have thought that a relatively small school in Ireland would produce such fine alumni. Well, Kilkenny college can lay claim to Gulliver’s Travels author, Jonathan Swift, who attended the college in the late 17th Century, along with playwright William Congreve and the philosopher George Berkeley – after whom California’s Berkeley College is named. Not bad for a small college in Kilkenny!

Kytelers Pub is one of the most famous, and certainly one of the oldest, in Kilkenny. It also comes with a fascinating history. The original owner of Kytelers Inn was Dame Alice le Kyteler, also famed as being the last witch in Ireland. In her time she gained notoriety not least because she had four husbands and a considerable fortune. Her enemies conspired to accuse her of witchcraft but she was never burnt at the stake having escaped to England. What is on record is the Kytelers Inn was “a place of merrymaking and good cheer” and it remains that way today! Some say it’s haunted – sounds like some place! Many people go to Kilkenny for one reason, and one reason only. The pubs. There are many of them and they are nearly always busy and full of interesting characters, both local and blow-ins. There are small local haunts. There are 3-storey mega bars. There are cheesy tourist haunts. There are pubs that have been operating for hundreds of years. Go to Matt the Millers for a pint. Go to Langton’s for a dance. Mingle in The Left Bank.  Whatever you’re looking for, Kilkenny has it all. And more. Voted one of the Top 26 attractions in the world for 2015 by Lonely Planet, and following a 3 million euro redevelopment, The Smithwicks Experience is good enough reason for anyone to visit Kilkenny. Sit in a bath tub and admire some art. Learn about how to brew a beer that took over 300 years to protect. Then do some tasting, obviously! While not technically in Kilkenny city, Dunmore caves are incredible and simply had to be included on this list. Fun fact: Did you know the feral felines that once inhabited these caves in the north of the county are what gives Kilkenny its nickname, the Cats? Irish legend describes Dunmore Cave, seven miles north of Kilkenny, as one of Ireland’s darkest places and the site where the monster Luchtigen ‘The Lord of the Mice’ was once killed. In folklore the cave entrance is described as ‘the mouth of a huge beast, with ten thousand teeth…’ What a way to sell a place! An abbey that was also a brewery? Only in Kilkenny! St Francis Abbey was founded between 1231 and 1234, shortly after the Franciscans first came to Ireland. It started as a small rectangular chapel but then expanded over the centuries. When the religious community of St Francis’s Abbey suffered their demise in the late 17th Century, the Abbey was used a s a military barracks. This was also the time when the grounds began to be used to brew beer, beer by the name of Smithwicks, which is still brewed in Kilkenny 300 years later! Did you know Kilkenny is home to what could arguably be Ireland’s best truffles? The Truffle Fairy Café is a must for any chocohalics out there. Mary Teehan is the woman behind this chocolatey heaven – which makes high quality chocolate truffles, bars, fudge, brownies and cakes. You can sample these delightful delicacies  at the Kilkenny Farmers Market every Thursday. Yum. 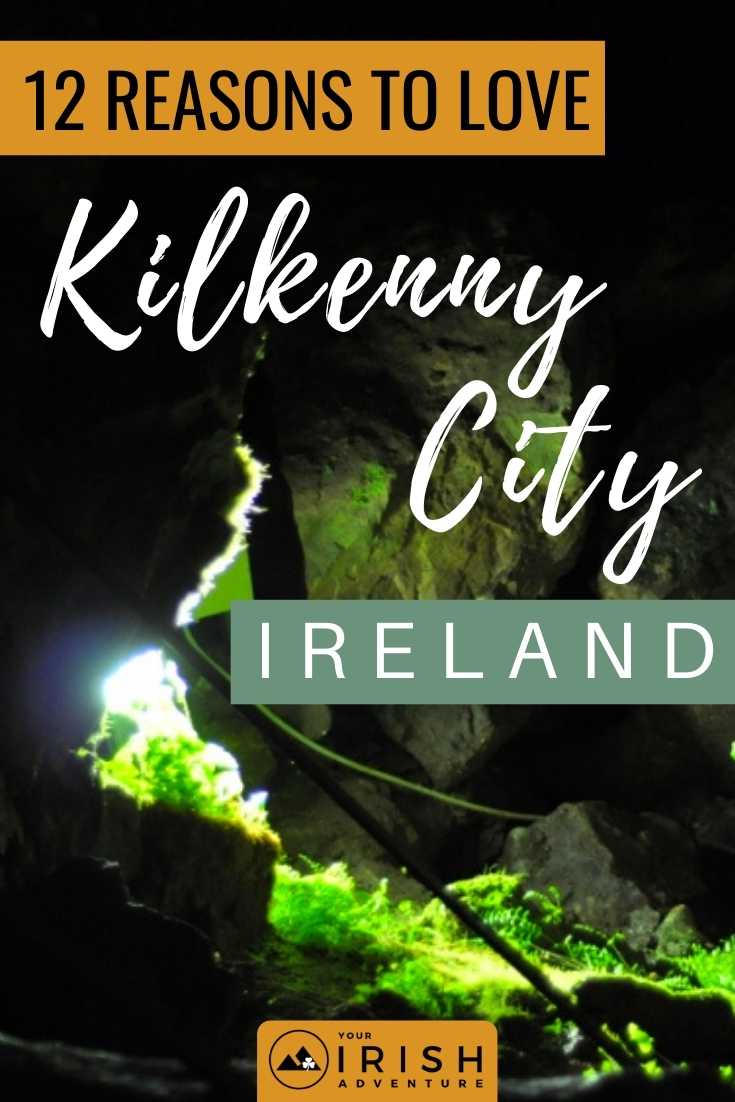