10 Facts You Didn’t Know About Ireland

People around the world and Irish people themselves have many assumptions about Ireland, many of which are (believe it or not) wrong! Here is a list of facts about Ireland that will make you question everything you know about the Emerald Isle! Confused yet? You will be! 10. Saint Patrick was neither a Saint nor Irish!

Many people are completely oblivious to why Irish people all over the world celebrate St. Patrick’s Day. Why do over 2 MILLION people show up to watch the parade in New York City, why they go as far as dying the river GREEN in Chicago and why 100,000’s of people in Ireland hold a week-long festival around this time every year.

Well, it’s all in the name of Saint Patrick…despite that NOT being his real name and him not been born in Ireland. So now every year we get polluted drunk, dress up like leprechauns with lucky charms dangling for all to see, dancing around in circles praising some Welsh man who apparently rid Ireland of snakes. Crazy, right? 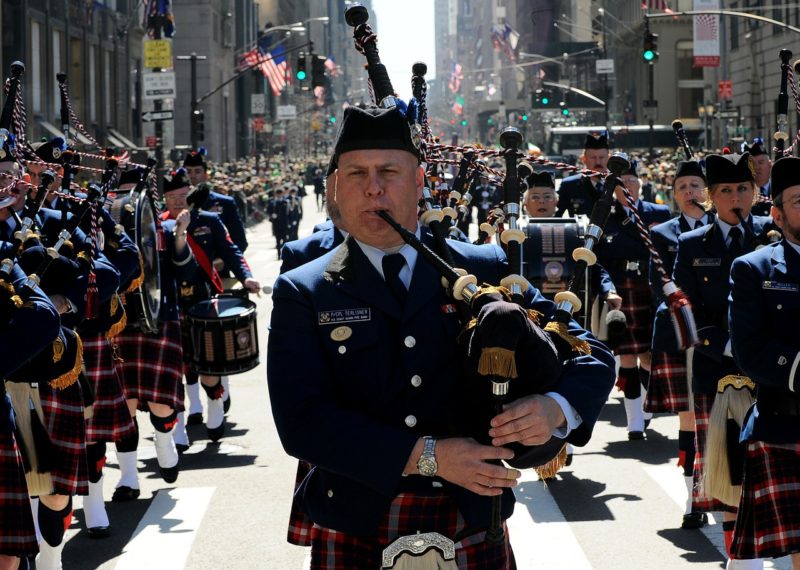 9. Potatoes are NOT from Ireland

So turns out St Patrick is no more Irish than potatoes. Which, FYI, originally grew in Chile as far back as 500 BC and only arrived in Ireland as late as the 16th Century.

Crazy, I KNOW! On the subject of potatoes, or spuds as we call them back home, people in Uganda have a special name they call mashed potatoes and I didn’t believe it until I visited for myself. In Uganda, if you want some mash with your dinner you must order some “Irish”. 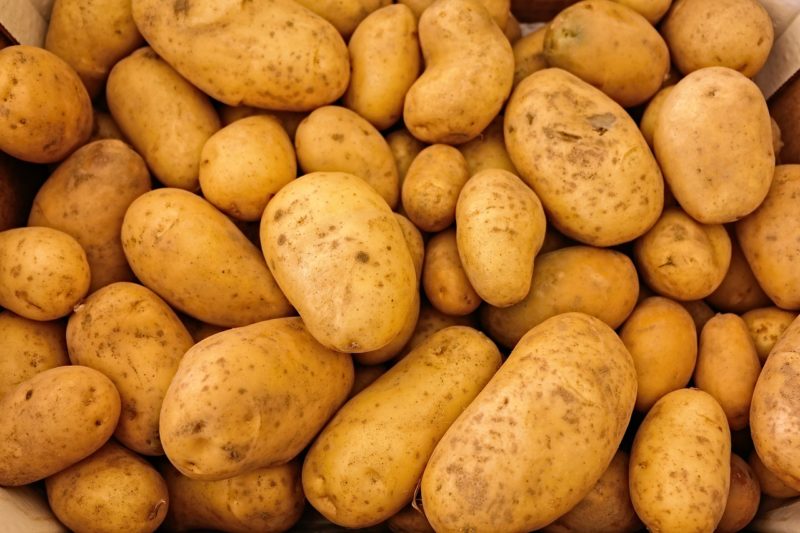 Well not all of them anyway. In fact not only is half the band NOT Irish but they hail from a land Ireland believed to be its enemy…they hail from…ENGLAND!! Both The Edge and Adam Clayton were born in London and Oxfordshire to Welsh and English parents respectively. Only Bono and Larry Mullen are Irish true and true! 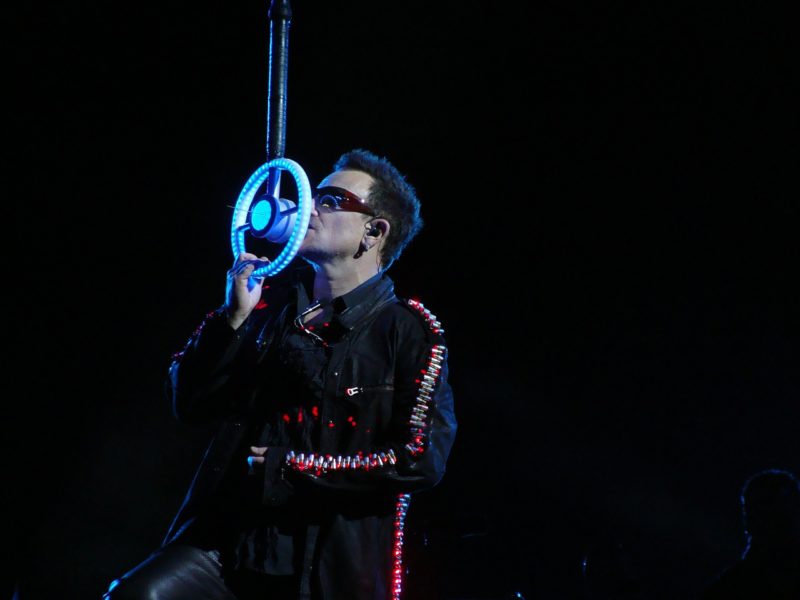 7. There is a place in Ireland called MUFF

And as ridiculous as it is for a Journalist to start a sentence with “and”, it is also ridiculous that there is, you guessed it, a diving centre located in this lovely little town in North Donegal. There actually is a ‘Muff Diving Centre’. There is also a “Muff Hair Dresser”, should you feel the need for a trim.

You could always take a trip down to the quaint little town of Nobber in Co. Meath or Sally’s Gap in Co. Kerry, or Hackballscross in Co. Louth if you get bored! 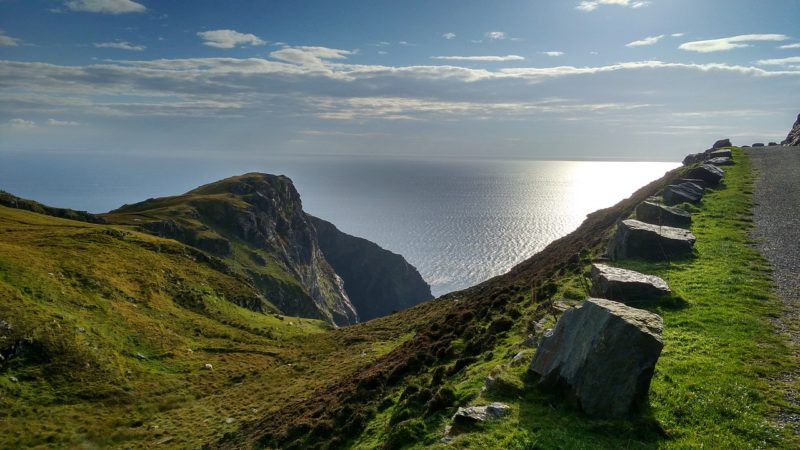 6. It is illegal to drink on the streets in Ireland!

Everyone imagines Irish people stumbling around the streets of Dublin, pint in hand singing to our heart’s content. The reality is a little sobering. Drinking on the street or anywhere outside of a licensed premise is, in fact, illegal in Ireland.

Pubs/bars/clubs etc are all closed by 2.30am, what could be one of the earliest closing times out of all cities in Europe! Ok, it may be one of the most ignored rules in the history of any legal system and if it were to be enforced half the population would be thrown in cells each weekend, would it is technically illegal!

One thing that isn’t illegal, but probably should be is green beer. Don’t ask for it when you’re in Ireland. Other things you shouldn’t ask for in Ireland is an “Irish Carbomb” or a “Black and Tan”. Google both of those to see why it’s a bad idea. 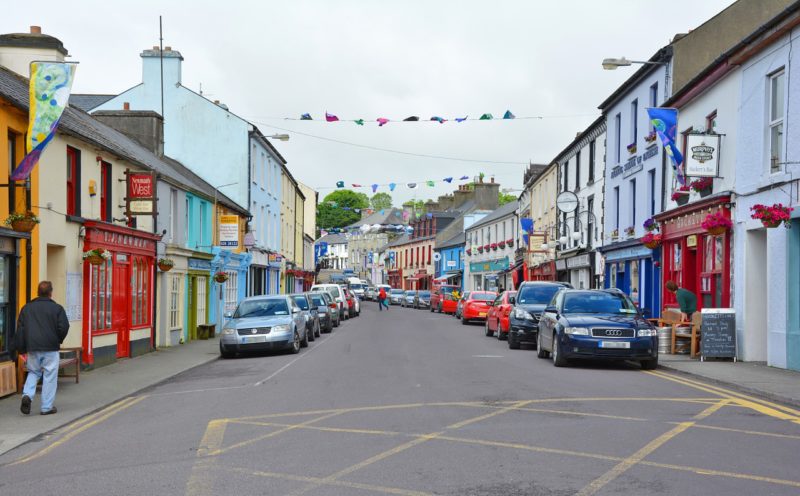 5. Everyone wants to be Irish!

This isn’t some light-hearted joke, “Sure everybody wants to be Irish on St Patrick’s day!” No! This is a fact. How is it that while the population of Ireland, which is a tiny island, is only 5 million (and decreasing every day) yet over 80 MILLION people worldwide claim Irish ancestry and hold Irish passports or dual citizenship?! That is a WHOLE lot of people “claiming” to be Irish! 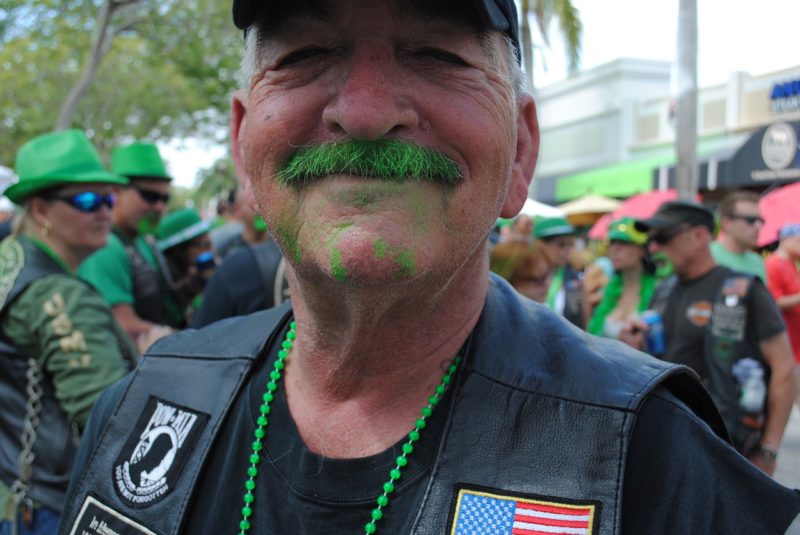 4. Guinness ISN’T that popular in Ireland!

Granted the Guinness Storehouse in Dublin is the most popular tourist attraction in Ireland and Guinness had been around now for OVER 250 years, but I’m sorry to say the drink itself is far from popular.

Old men in small quiet pubs can be seen drinking it day in day out. Some Younger guys and a sprinkle of girls perhaps but that’s about it. Yes, Tourists love it, or at least claim to! But the fact remains that MORE GUINNESS is sold each year in Nigeria than in all of Ireland! Now THAT is crazy!

It is seeing a sort of resurgence in the last few years. We can’t figure out if it’s just that we’re getting older and now we’re the old people in bars drinking pints. To be fair, it’s not really a party kind of drink. It takes time to order, the famous two-part pour being an essential part of the ritual.

The good news is that it’s usually one of the cheapest pints you can get! In Dublin City, this means a little over €5, and outside Dublin, a little under €5! Be careful where you order your pint of the Black Stuff, if you go to Templebar, be ready to be ripped off! If you want a guide, we created a list of the cheapest pints in Dublin. 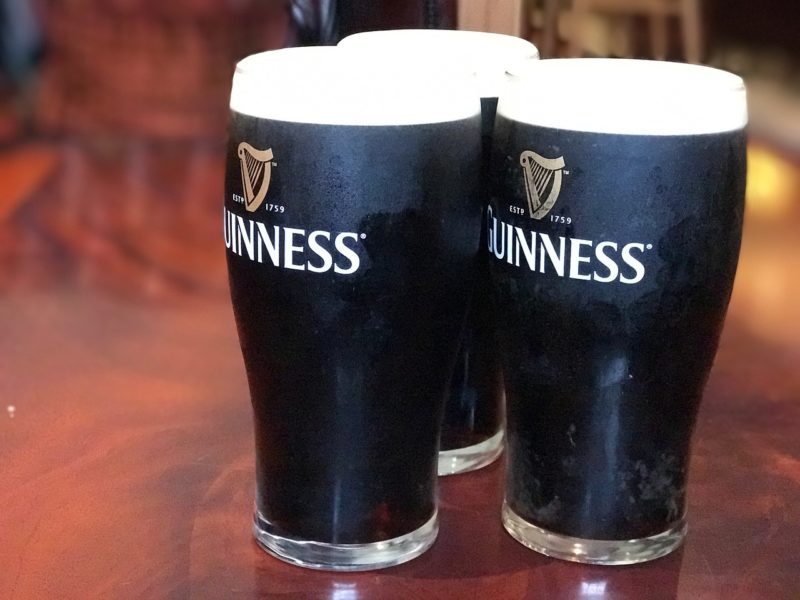 3. Saint Valentine’s ashes are in Ireland

We may not have St. Patrick, but we do have Saint Valentine! The remains of St Valentine, the Patron Saint of Love and Lovers, are held in the Whitefriars Street Carmelite Church in Dublin. They were discovered in the early 1800s in Rome and some three decades later were given to a Dublin priest by Pope Gregory XVI.

After nearly a century in storage, the relics were rediscovered about 50 years ago and are now housed in a shrine at the church, beneath a statue of the saint holding a crocus flower. I think few people are aware of this one! This really is a fact about that will really make you stand out as an Irish know-it-all! 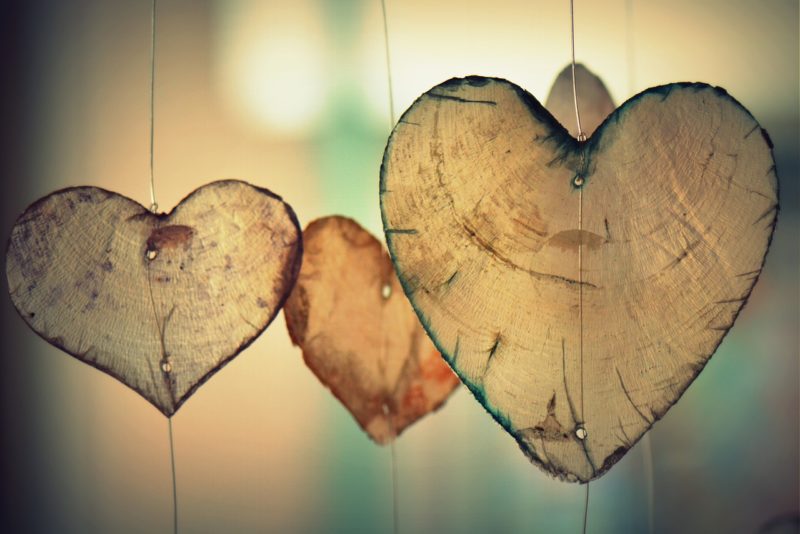 2. No one’s as Irish as Barack Obama!

For this one, you REALLY need to listen to this song on YouTube.

“O’Leary, O’Reilly, O’Hare and O’Hara There’s no one as Irish as Barack O’Bama. You don’t believe me, I hear you say But Barack’s as Irish, as was JFK. His granddaddy’s daddy came from Moneygall, A small Irish village, well-known to you all!”

Obama’s ancestral town of Moneygall is just off the motorway between Dublin and Limerick, so if you’re driving along this road, keep an eye out for Obama Plaza. It’s a petrol station with a few different fast food restaurants in it. It also has a whole museum on the top floor dedicated to the man himself!

On the topic of Irish-American relations, did you know that James Hoban, an Irishman, designed the White House?  Also, apparently Irish composer John Stafford Smith wrote the tune to “Star Spangled Banner” back in 1750! BAM! 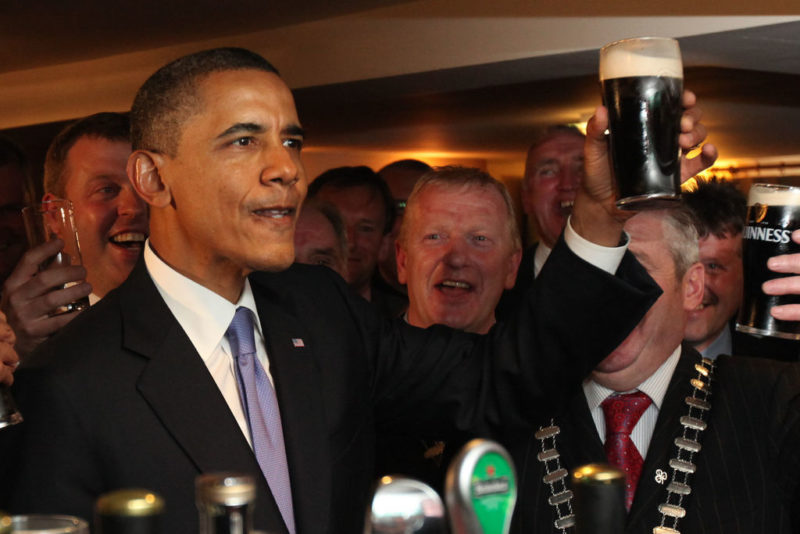 Thanks to the decrease in the Irish language, when foreigners ask their Irish friends to speak Irish they will *most likely* shout random Irish words. It’s become popular to shout “Ciúnas! Bóthar! Cailín! Bainne!”  This is all thanks to a genius Carlsberg ad

Much like Guinness, this is going through a little resurgence. It’s especially popular with Irish people travelling abroad who don’t want to be understood by evesdroppers! I’ve used this trick quite a few time, it’s a lot of fun and very useful!

Do you have any more insane and bizarre facts about Ireland? Let us know your favourite piece of trivia! 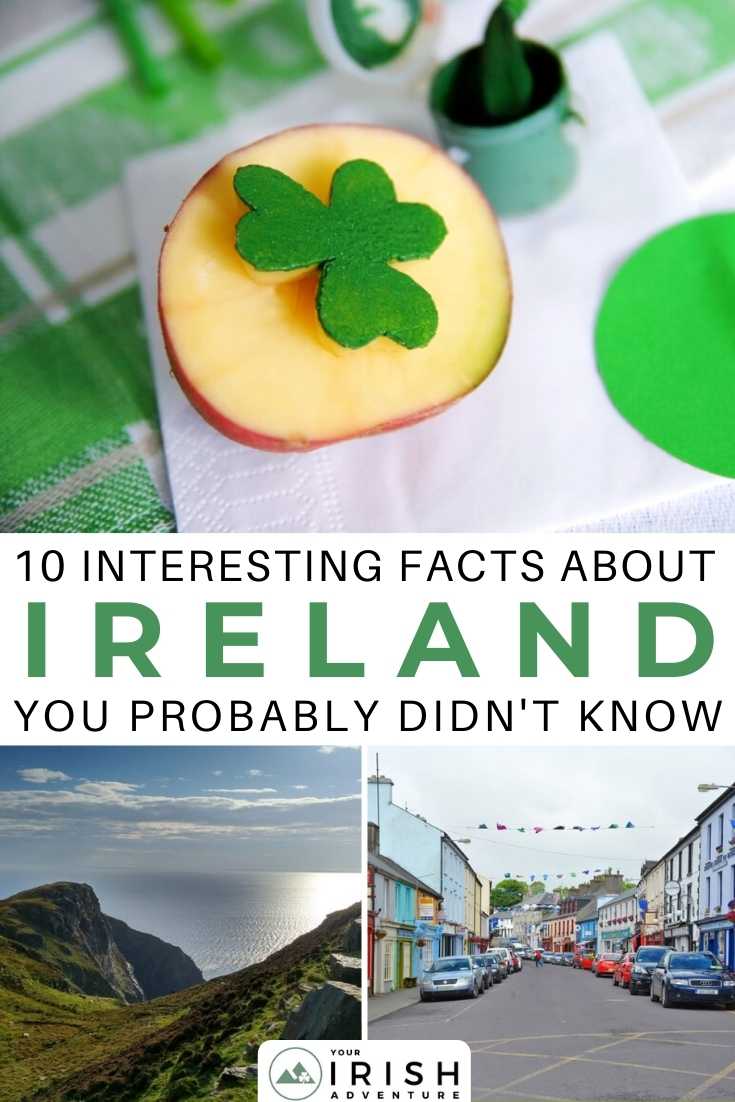