Craft Beer In Ireland: Here Are Some Of Our Favourite Beers

Craft beer in Ireland has reached such a level of success that I haven’t had a Heineken since I was 17 stood at the bar, praying to God the barman didn’t ask to see my ID.

Since then my drinking career (albeit I can now enjoy a cold beer lawfully) has taken me on an expensive and rewarding journey to cool hipster bars with great tasting beers from the further corners of Ireland.

If you’re reading this I’ll presume the Irish Craft Beer scene is new to you; so, let’s take a quick look at ‘Scenario one’ before I tell you a few great go-to beers even the most low-key hipster bars will keep a stock of. 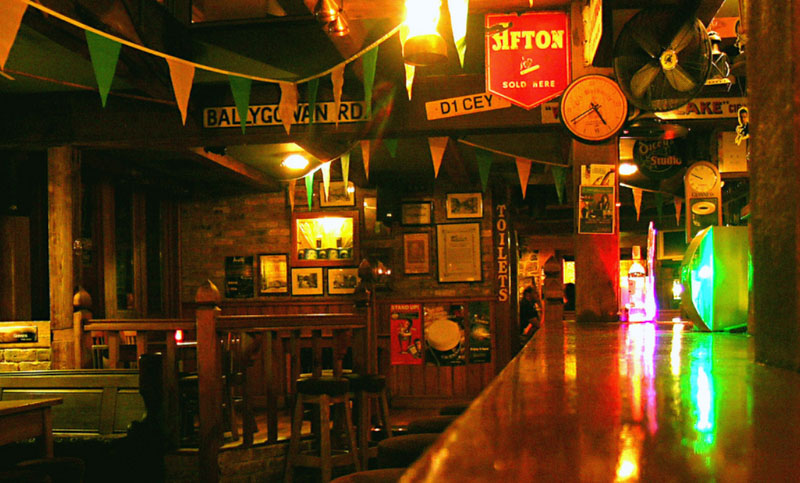 You walk into a dimly (probably candle lit) bar. The chairs look like they are on their last leg (ha) and there are testimonies scrawled in marker on the walls from drunken patriots who either ask for, or carry sharpies with them (you aren’t sure why they would provide markers to drunken people so you presume these tipsy vandals carry sharpies just in case such an opportunity arises.)

A rock band is playing slightly too loud, probably Queens of the Stone age or maybe even The Black Keys. But let’s say it is the White Stripes, Seven Nation Army. So you know the stakes are high.

You make your way to a bar that is fronted with more taps than you can count staring back at you, taking aim like archers in the Twin Towers with a Gimli look alike (probably taller, same beard) staring back at you with a small but charming smile on his face.

You are overwhelmed and outnumbered. You want to say, Heineken or Guinness. The barman expects you to, the local sat at the bar expects you to; but you don’t.

Because why would you come all the way over to Ireland just to try the predictable beers. I’m going to reveal to you some of the best beers I’ve had and keep going back to. 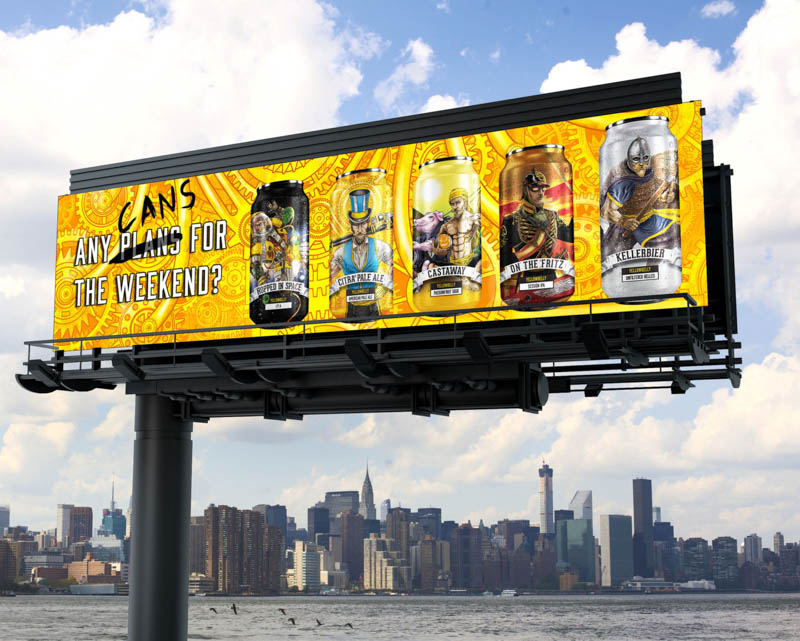 This is an Irish beer brewed in the county of Wexford (Yellow Belly being a nickname for Wexford people). They began brewing it in 2015 and have since had brewed 13 beers which are available nationwide.

Should you find yourself in an adequately stocked establishment then ask either for their Larger (4.1% ABV) or Cirtra pale ale (4.8% ABV). Or better yet, one of both. They won’t disappoint.

These are the two you are most likely to find stocked in bars. But if you are in Wexford, Simon’s Place is where the beer came from and they will have every beer on tap and be more than happy to oblige in conversation as some of their barmen have even gone back to college to study microbrewing and are experts in their craft.

This beautiful brewery came into existence around 2016 as a side project by the owners who were already professional brewers. After releasing a few beers that were received warmly by the few who got their lips around the bottle; they began brewing full time for a site in Co. Wicklow.

I definitely recommend their Rollover beer (3.8% ABV). It honestly redefined what I thought I knew a beer could be. It is defined as a “heavily hopped session IPA” or in other (my) words “really, really, really nice.”

With its small alcohol percentage, you can enjoy it and still keep your wits about you. They have other beers you can try but I still haven’t made it a-past the Rollover. You can get it in The Back Page in Dublin and plenty of other places around the country.

These guys do a very nice pale ale (4.6% ABV) that I’m always delighted to recommend it to friends when they are overwhelmed with choices. It isn’t a required taste like some craft beers and goes down super easy.

What makes this brewing company stand out beside their pale ale, is they have a ‘Zero Waste Policy’. The waste product from the brewing process such as spent malting grain, hops and excess yeast is used in their animal feed; and so it finds its way back into the ground.

So, I suppose, one beer = one happy goat?

You can get 12 Acre Beer in any Supervalu store.

A Donegal based brewery, with the name belonging to a nearby beach. Thanks to the opening of the K2 facility in nearby Letterkenny in 2017 we now get to enjoy more of their beers in even further flung locations.

For me, their Scaggy Bay Pale Ale (5.3% ABV) is the bee’s knees, the cat’s whiskers, the… you get the point. This golden ale is like the silence that proceeds the prolonged wailing of a child on the plane, scenario. Deeply satisfying and inner calmness.

When you’ve asked for some other pale ale and the bartender comes back saying they haven’t got it but try this Scraggy Bay, rest assured, you are in good hands.

You can get it all over Donegal and you should definitely check out one of our favourite pubs, Nancy’s in Ardara. Ardara recently featured in our list of the most beautiful towns in Ireland and is well worth a visit!

The story behind the name is really quite entertaining. In 1993 on a trip to Vancouver while sitting in a pub, the barmaid was performing an ‘unusual ritual’ while pulling a white ceramic lever according to the original brewers.

After asking for a pint of whatever it was she was pulling, it turned out to be what they described as a ‘real ale’ and that, I believe, is where the name came from (white lever, strange barmaid…).

The company set up in 1996 and had a bit of moving around between Germany and Singapore before settling in Kinsale in Ireland. But they didn’t settle completely until 2008 where they finally rested their weary heads in Tipperary and began turning out tons of the stuff for thirsty customers.

I recommend their Ruby Irish Red Ale (4.6% ABV). A little different to pale ale in so far as to say it’s not, well, as pale. It is a sweet-pale ale and is worthy of passing your taste buds at least once. Click here to see where you can try their delicious beers.

At the end of the day, this list reflects my personal favourites; the beers I usually look for when I walk into a bar. They’re a great way to strike up a conversation and earn the coveted respect of the Irish bartender who has seen and heard it all.

As they say, try everything once, soak up the atmosphere there are plenty of options when it comes to craft beer in Ireland but remember to always drink responsibly.

Nick has always had a fascination with the outdoors. He enjoys the simplicity of being outside and the calmness that comes with it.
You can check out his Twitter feed here. 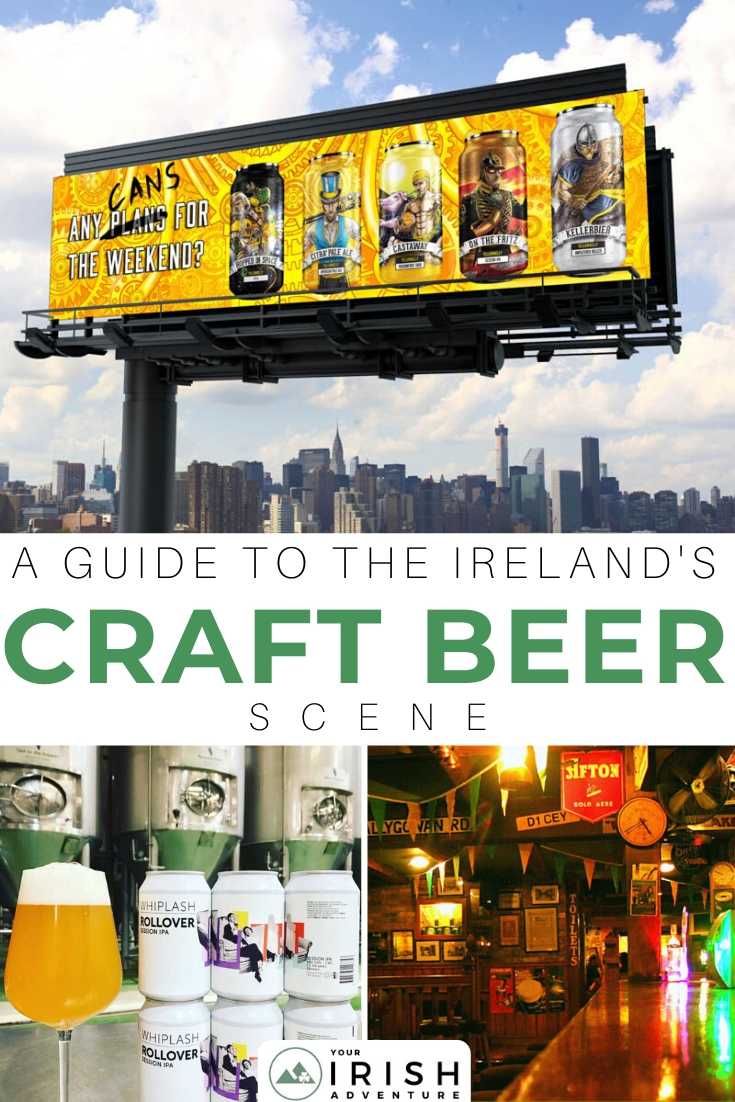 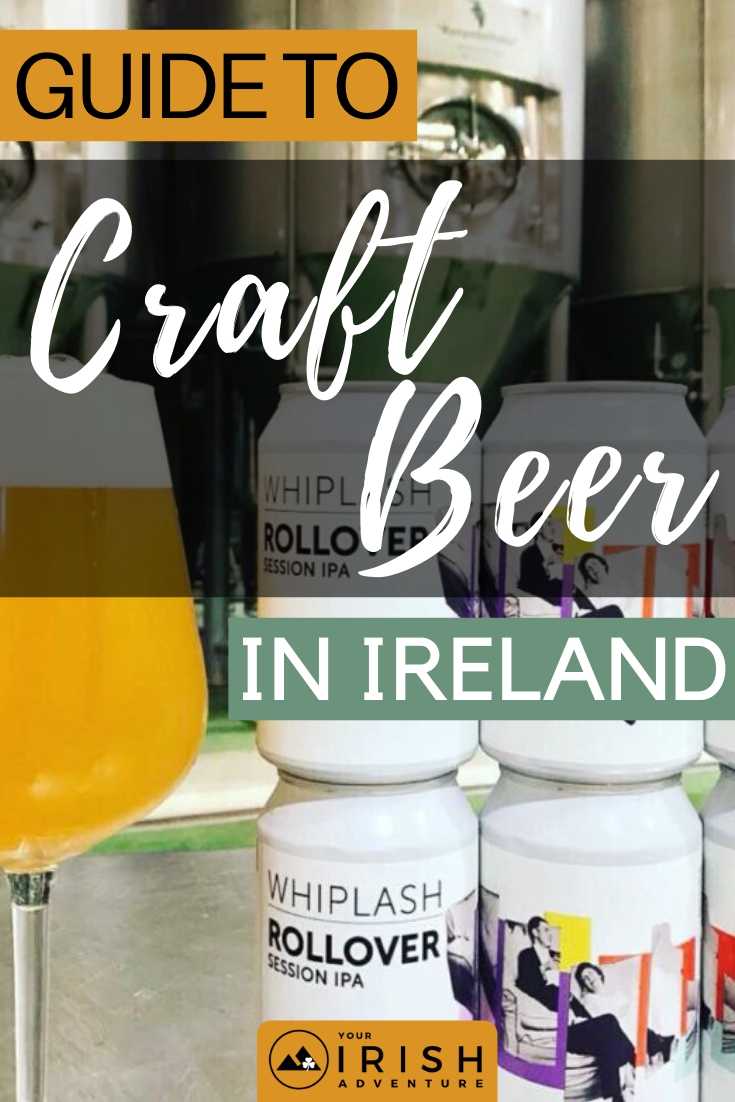