Visiting Dublinia – A Visual History Of Vikings In Ireland

No trip to Ireland is complete without learning all about the Vikings in Ireland and how they played such a huge role in Irish history. We headed over to the historical recreation museum, Dublinia to learn how the Vikings lived and actually see first-hand what their life was like,

Visiting Dublinia – A History Of Vikings In Ireland

How To Get There

Dublinia is a short ten-minute walk from city centre and is connected to Christchurch, one of Dublin’s most famous cathedrals. The museum is designed to be as interactive as possible and is perfect for adults and kids alike. If you are outside the main entrance to Trinity College you just continue straight up Dame St until you reach Christchurch. Dublinia will be the building across the road from Christchurch at the top of the hill. They are actually connected by a small bridge that you will get to walk across at the end of your tour. 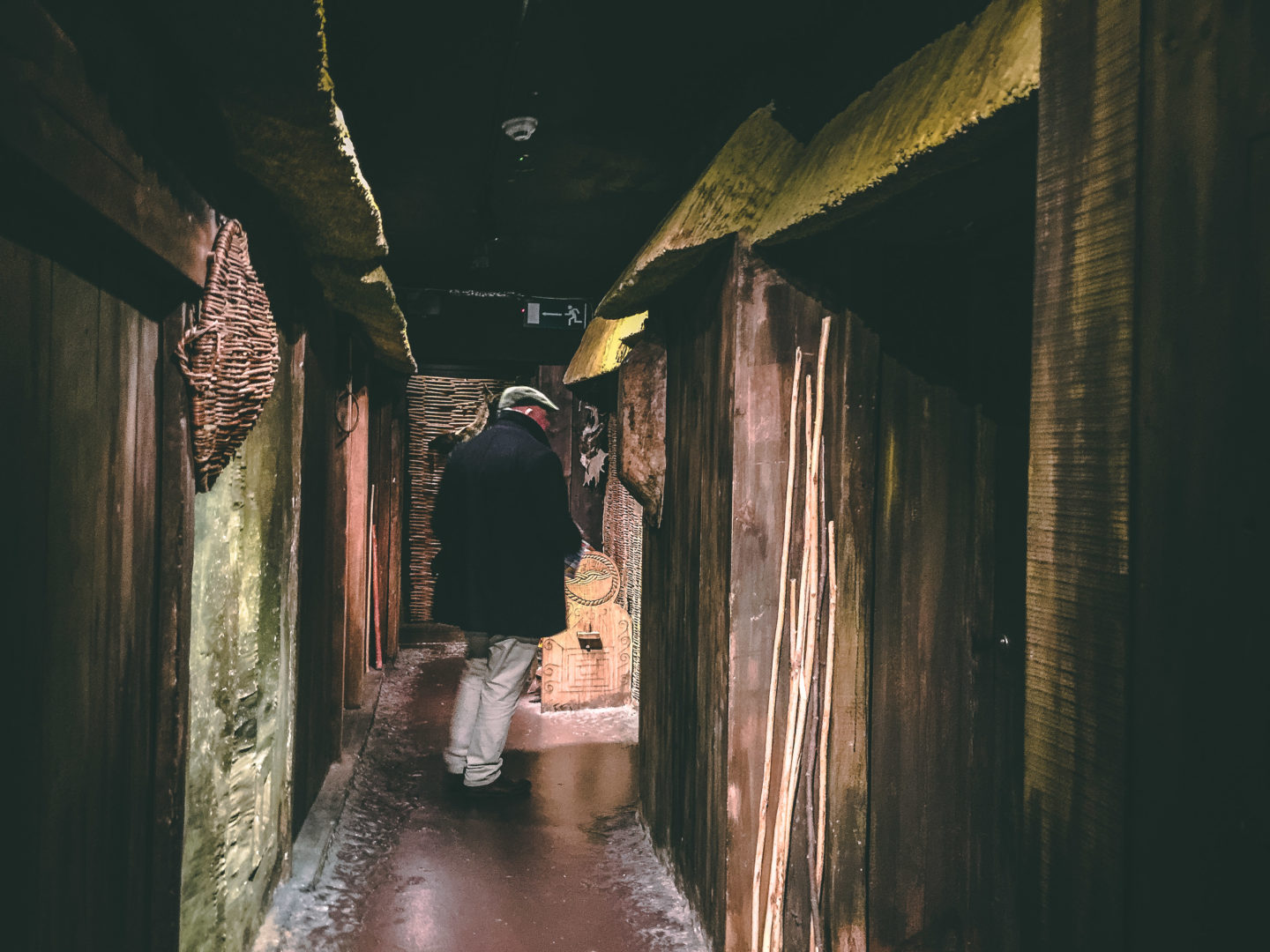 Also don’t forget to check out our list of Free Things To Do In Dublin, if you’re looking to explore the city without breaking the bank.

The Life Of Vikings In Ireland

The museum is split into three levels with a couple of optional extras at the end as well. On the first two floors, you will find a completely interactive display filled to the brim with information. You will see what Dublin first looked like when it was first settled and then learn about who the Vikings were and their way of life.

I was surprised to learn that a lot of the things I had seen about them on TV was completely inaccurate. Most Vikings were actually farmers and part-time warriors in an era when it was of vital importance to protect yourself and your family. They first built a settlement in Ireland in 841 AD and called it ‘Dubh Linn’ which means ‘Black Pool’ in English and that’s why the city is called Dublin today. 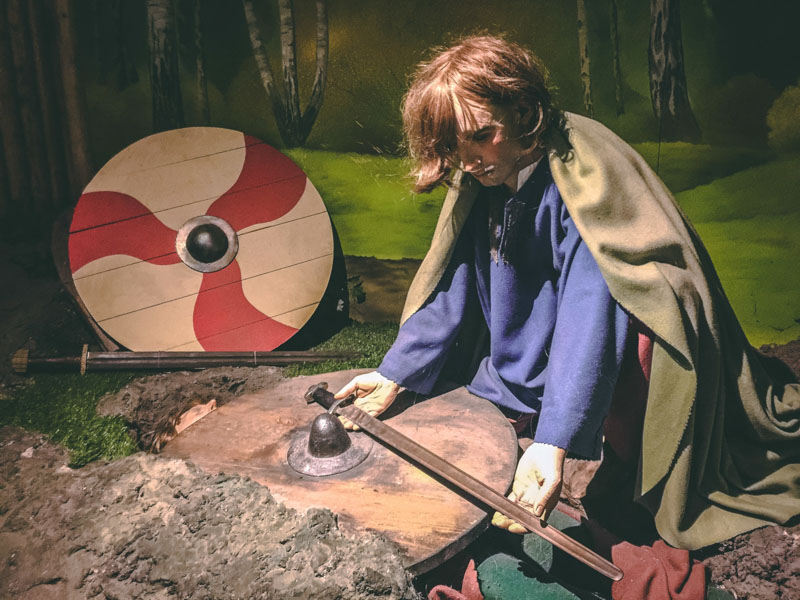 I also learned something really simple but interesting… See those shields in the picture? They had a metal ball in the middle to protect their hands in case a weapon penetrated the shield… Who knew!?

As you walk around the first two floors you can see how the Vikings dressed, what they ate, the weapons they used during war and well…

There are replicas of what it was like walking through the streets of Dublin where the houses were packed tightly together. There was always a huge risk of a fire breaking out in the town so many of the bakers and other businesses had to be located outside of the town, where Bakers Lane is in Dublin today.

These were very dangerous times when the average life expectancy of an individual was 35. Then the plague reached Ireland which caused a huge amount of devastation. An entire part of the city was closed off to allow the dumping of bodies which was known as the Black Pit and the name has remained after hundreds of years. 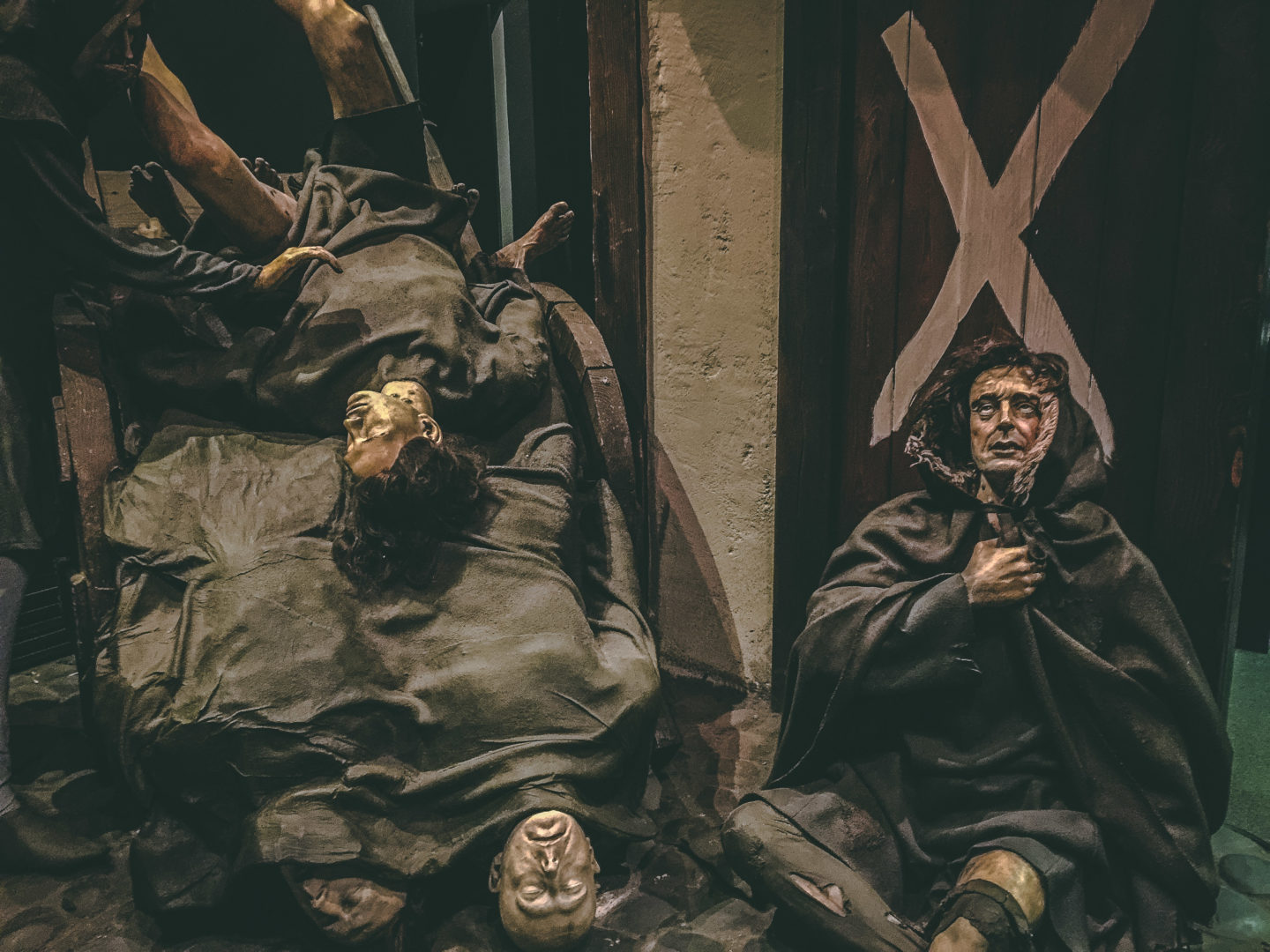 Ireland at the time was nothing like it is today. The Vikings had settlements in a number of places around the country but would often have to fight with the native Irish who also had settlements around Ireland. The Irish High Kings were also constantly fighting each other. It was because of all this fighting which led one individual, Diarmait Mac Murchada, to invite the Normans over to Ireland to help him defeat the High King of Western Connacht, Ruaidri mac Tairrdelbach. The only problem was that the Normans liked Ireland a little bit too much and decided to stay, which led to hundreds of years of colonialism.

Now, back to Dublinia…The third floor is devoted to a new archaeology exhibition which will be opening in 2019 and sounds very exciting indeed. You can then climb up to the top of St. Michael’s Tower which is an original medieval tower and offers some very interesting views of Dublin city.

How Long Does Dublinia Take

You easily spend about 1-2 hours here if you want to see everything there is to see in the museum. Then, if you’re still keen on learning more about old Irish history you should head along to The National Museum Of Ireland to see some actual relics and artefacts from the past.

Tickets cost in the region of €8-€15 depending on what options you choose and you can get a ticket which includes a tour of Christchurch Cathedral as well. You can book tickets here. 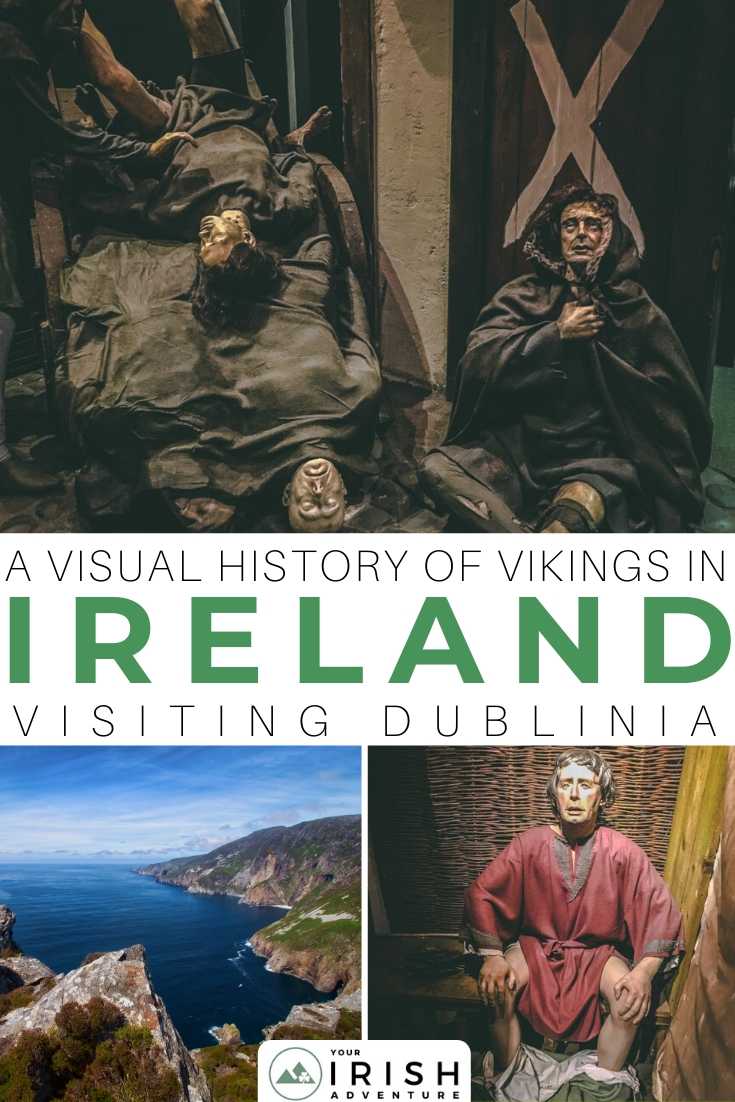 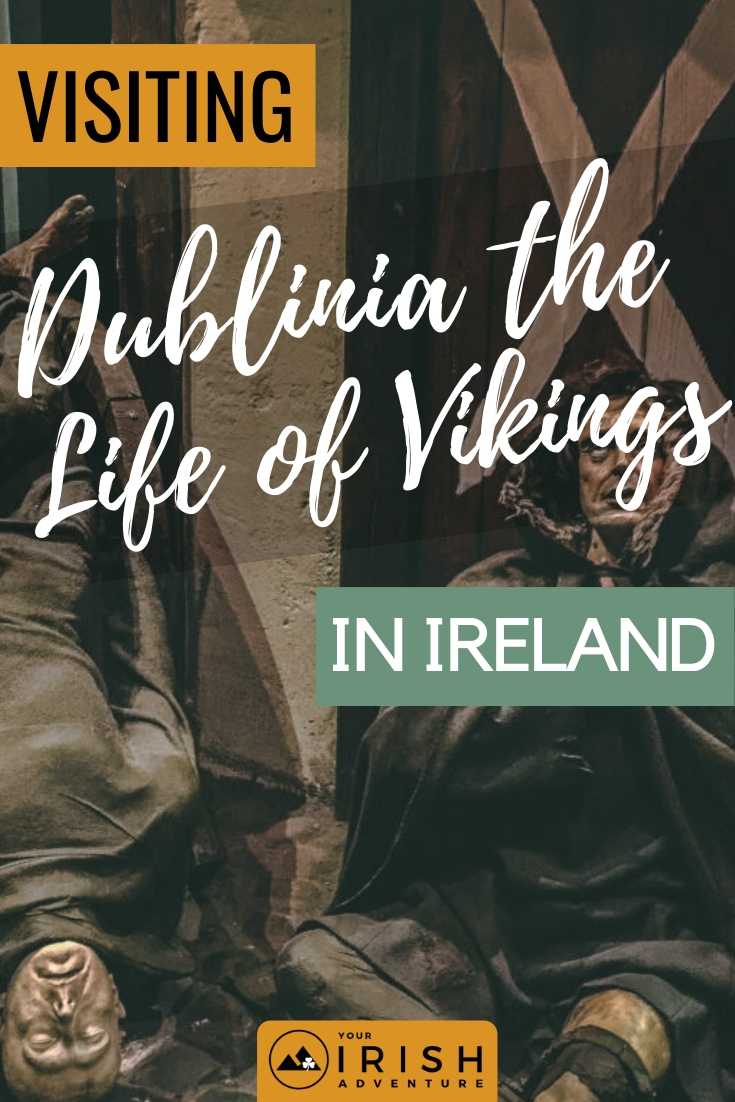