Drinking and Driving in Ireland 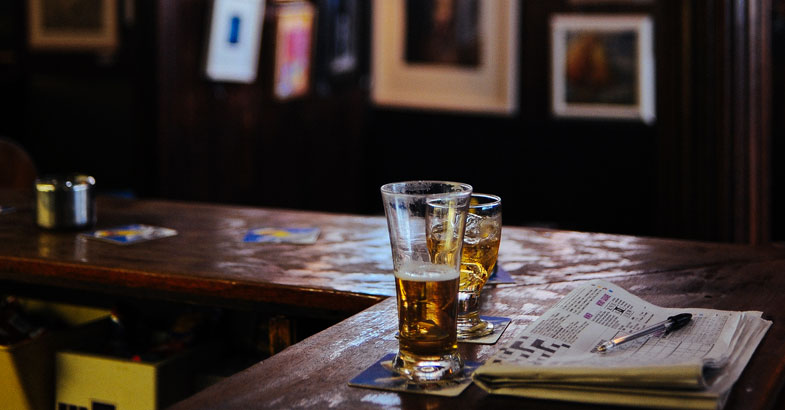 Drinking and Driving in Ireland

I think that most people can agree that driving around Ireland is the best way to see this little gem of an island….ad boy oh boy are there a lot of places to see here. It’s also hardly a secret that we love a drink in Ireland too. Independent of each other, these two statements are fine, however when put together, they can cause big problems. Drinking and driving in Ireland has been a problem for a while because of our large rural communities relying on cars to get to our local. This had led to a lot of alcohol-related accidents and because of this, Ireland had a large crackdown on drinking and driving.

To many visitors to Ireland, our infamous close relationship with alcohol has led them to believe that we hold a somewhat lax attitude to drinking and driving. This, however, couldn’t be further from the truth.

Ireland pretty much falls in line with the rest of the EU, with a 0.05% BAC (Blood Alcohol Concentration). Compare this with 0.08% that is common in the US. Now, I know that 0.03% doesn’t sound like much, but when you’re dealing with such small margins, it’s important to remember that what is fine in your home country may not be fine here.

It’s worth taking note that if you’re a driver with less than two year’s experience, then your limit is 0.02%. 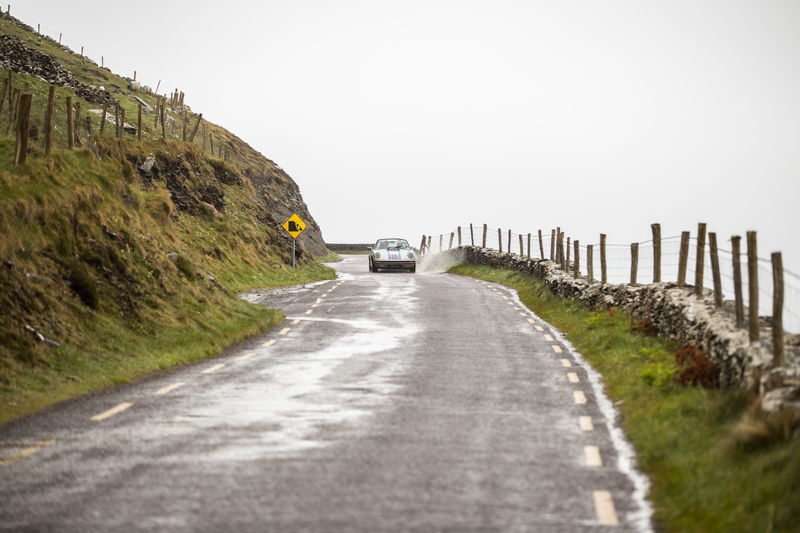 What does that mean?

How do we translate that into actual alcohol? How much can you drink without going over the limit?

For drivers with less than two year’s experience the 0.02% limit basically means it’s zero tolerance. The only reason it’s not 0% is to allow for mouthwash with trace amounts of alcohol. If you’re a new driver, don’t even think about it.

This is a difficult question that really depends on each individual. A standard metric is to use units of alcohol. Our bodies are generally able to deal with one unit of alcohol an hour.

This is where many people get confused. Many, including myself, incorrectly assumed that 1 pint is 1 unit. Infact, a pint is in general between 2 and 3 units. For example, a pint of Guinness has 2.3 units of alcohol.

So after drinking a single pint, you may be over the limit if you drive within two hours of drinking. There are other factors here, such as size of the person, whether or not they’ve eaten or drank enough water. Only you know the circumstances, but consider them carefully.

Remember what Irish roads look like. You’re going to need your wits about you on our small windy roads, drinking and driving in Ireland just isn’t a good idea for anyone. 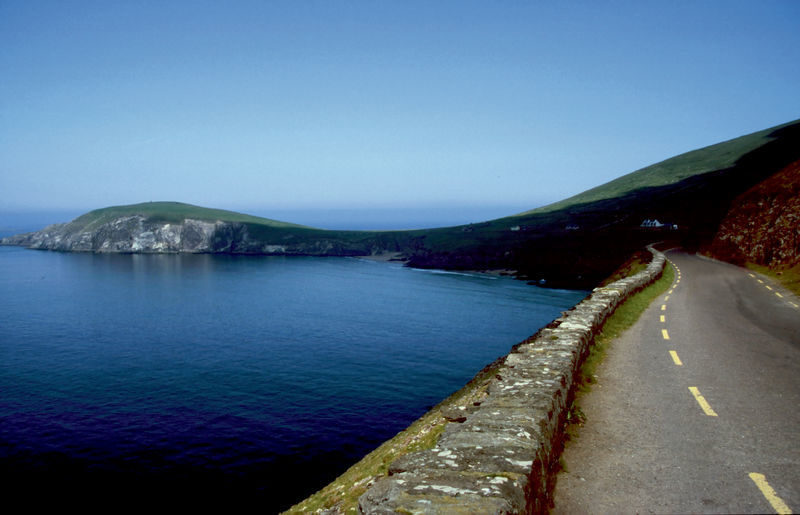 Why is the tolerance so low?

Ireland has followed European laws on this topic, so these laws don’t seem that strange to us. These laws were brought in to stop the huge number of avoidable deaths on our roads.

Nearly 40% of all fatal crashes in Ireland were alcohol related, and between 9pm and 3am. Most of these crashes were on a Saturday or Sunday.

Since the introduction of mandatory alcohol testing in 2006, the numbers of people caught drink driving has declined. For some reason Irish people were more scared of being caught drunk driving than causing an accident while drunk.

However, it has worked and the numbers of road fatalities with alcohol as a contributing factor has steadily gone down, The low tolerance may sound like an inconvenience, but there are a lot of people alive today that may not have been if it wasn’t for these measures.

Garda (Police) checkpoints are pretty common, especially late at night and at the weekends. I’ve met two of these checkpoints, one up at my home in Monaghan and one in Dublin near Smithfield.

Both were checking for drug and alcohol use and I had to breathe into a breathalyser. The Gardaí are also able to conduct a check if they think a driver may be under the influence. 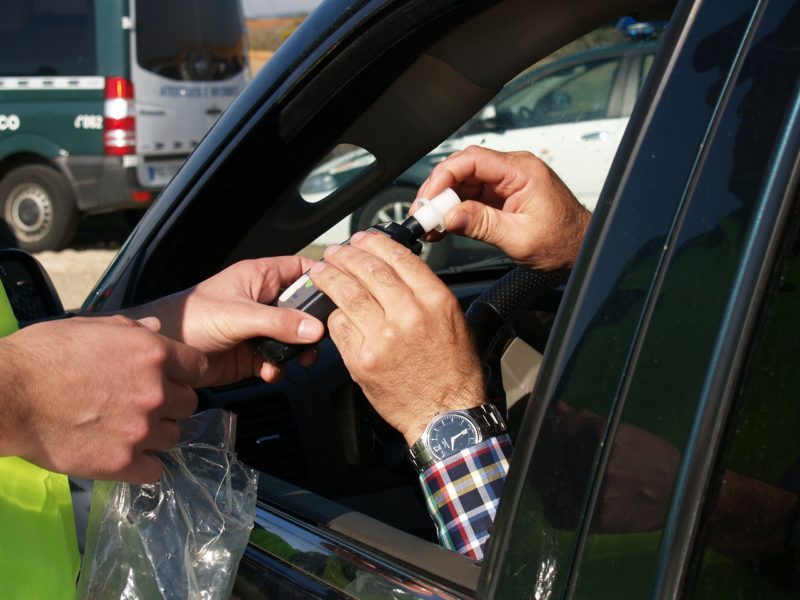 How to avoid drinking and driving

As simple as it sounds, your best option is to not drink if you plan on driving. I know that lunchtime pint might sound good, but is it worth getting caught, or worse, causing an accident?

Something else to consider if you’ve just arrived into Ireland on a flight is that you may be more tired than usual. Studies have shown that alcohol is twice as potent when you are tired, and that even 0.01% in your system can triple the likelihood of a fatal crash.

You have a few options available to you to avoid drinking and driving when you’re here, so there’s really no excuse.

If you’re travelling around Ireland and staying in hotels, most of them have a bar. In the touristy destinations, they’ll often have live music in their own bar. You’ll be able to soak up the atmosphere, have a drink and toddle up to bed safely when you’ve had your fill. 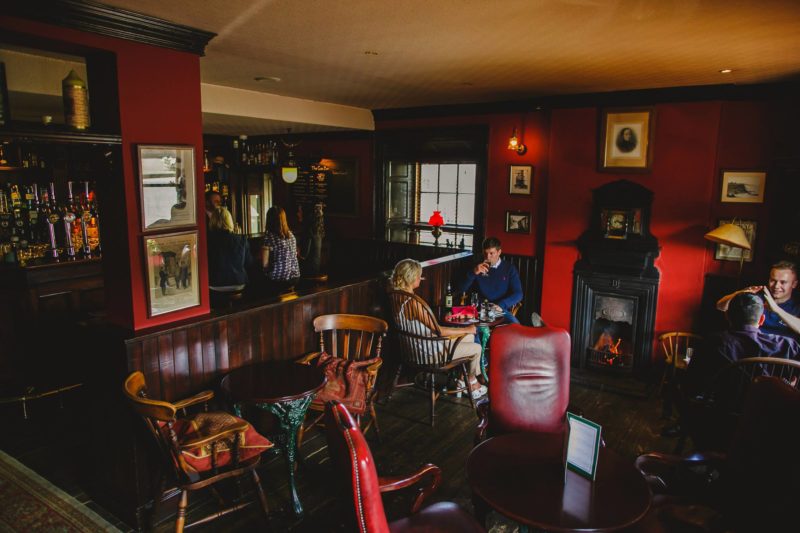 Take a walk around any city in Ireland and you’ll see taxis everywhere. After a night out it can be a little more tricky to get into one as everyone is looking to go home, but you’ll pick up a taxi in a few minutes usually.

Uber is in Ireland, but it’s pretty small, and we have our own app called MyTaxi. These options work great in cities, but if you’re a little off the beaten track, they’re not going to be any use.

If you are far away from a big town, make sure to ask your hotel if they have the number for a local taxi company, or they offer a shuttle service. If you forget to do this, ask at the bar. In small towns in Ireland, local knowledge will get you a lot further than the internet will! 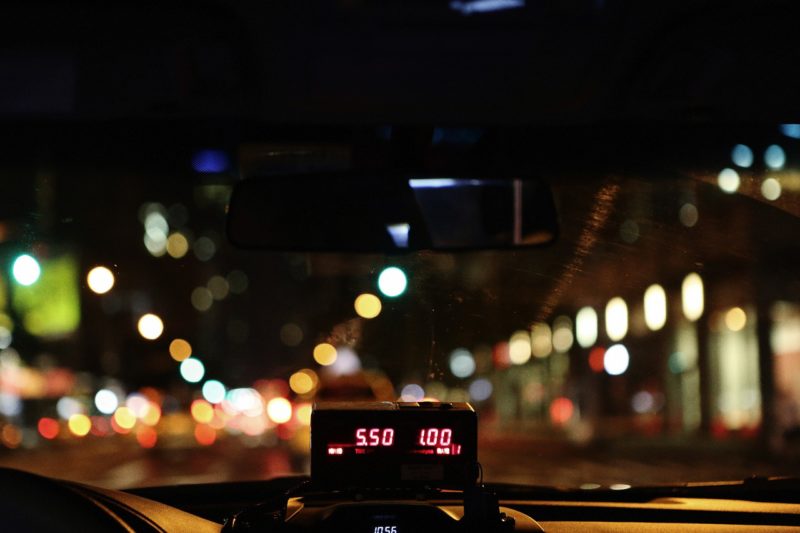 If you’re travelling with a group, and taxis aren’t an option, then you’ll need to choose a designated driver. This is an option that a lot of Irish people go for, and usually bars have a non-alcoholic beer or cocktails that you can have.

If you still want something a little different from what you get at home, you can ask at the bar for a Rockshandy. This is a mix Club Lemon and Club Orange and it’s my drink of choice when I’m the driver. You can also have a beer shandy, which is half beer mixed in with a Rockshandy. Another common drink to avoid drinking and driving in Ireland is Ribena. It’s a fruit concentrate that’s mixed with water and pubs will charge around €1 or often free if you’re ordering other drinks. 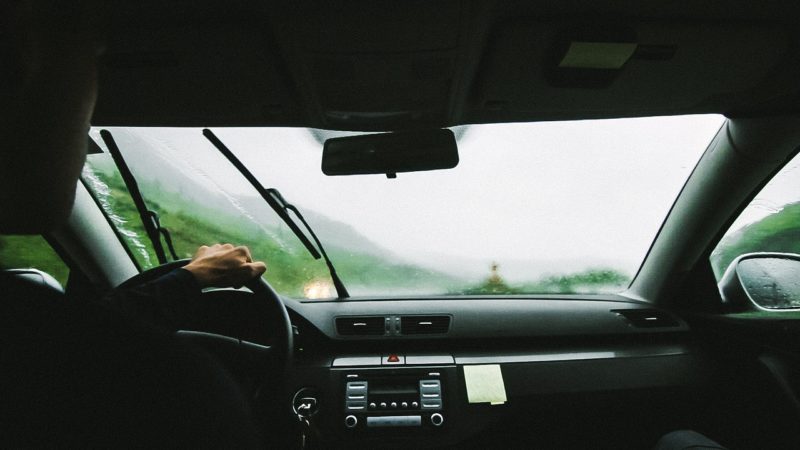 So you go out, have a few too many beers, but you’ve got a hotel booked on the other side of the country so you have to hop right in the car, correct? Well you might want to be a little careful because going to bed doesn’t simply give you a blank slate.

Depending on how much you drank the night before, you may still be over the limit. Unfortunately, there aren’t any of hangover cures that will magically lower your blood alcohol. You’re going to have to remember that your body needs time to digest. Remember that 1 unit takes roughly one hour.

This is where the designated driver can come in useful. If they weren’t drinking the night before, they can continue to drive the next morning. That evening, they’ve earned the right to not be the driver again, so someone else can take over.

Garda Checkpoints are common on Saturday and Sunday mornings, as well as on Mondays if it’s a bank holiday. They are particularly vigilant on the weekends, but they have been known to set them up during the week. Drinking and Driving in Ireland is still a big issue, but these checkpoints are really cracking down on the morning after driving too.

Long story short. Don’t drink and drive in Ireland. Think about how narrow our little back roads are, and that you may be driving on the other side of the road too. Be smart and be responsible. 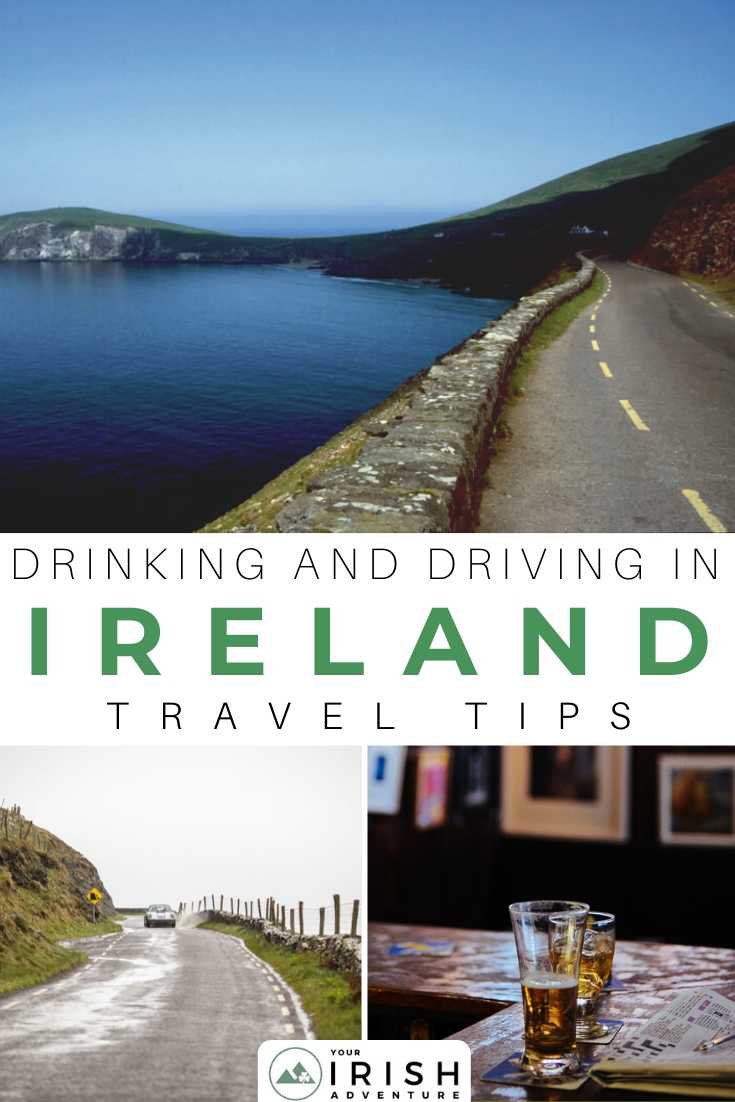 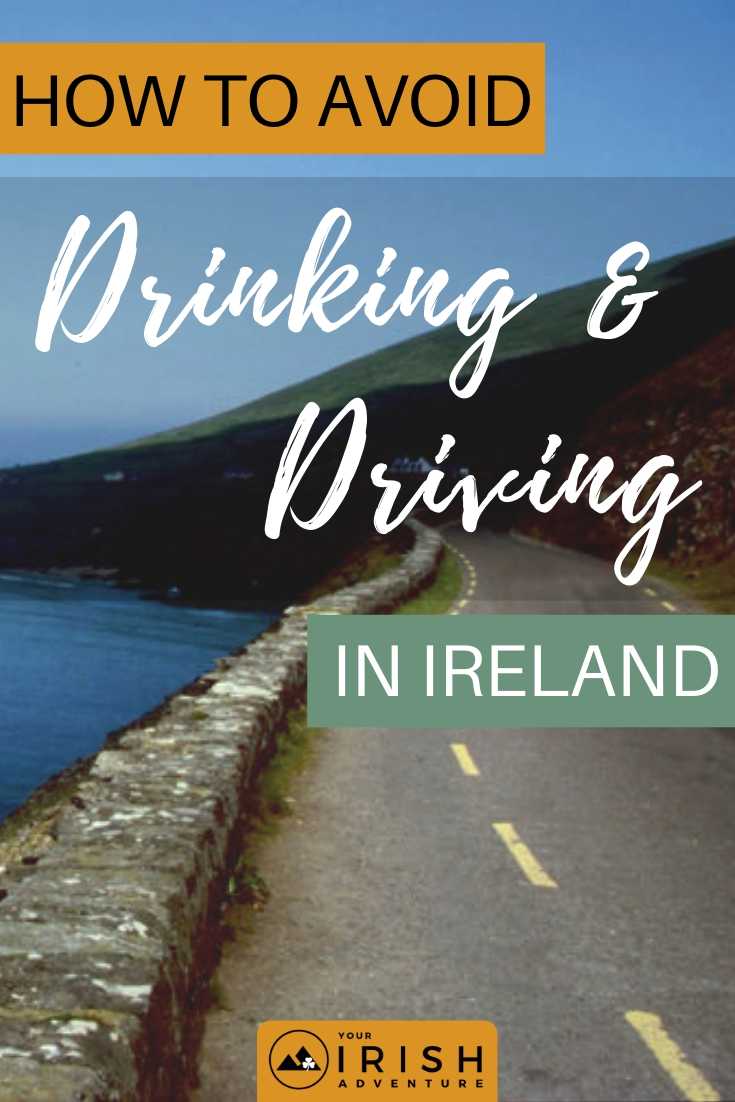